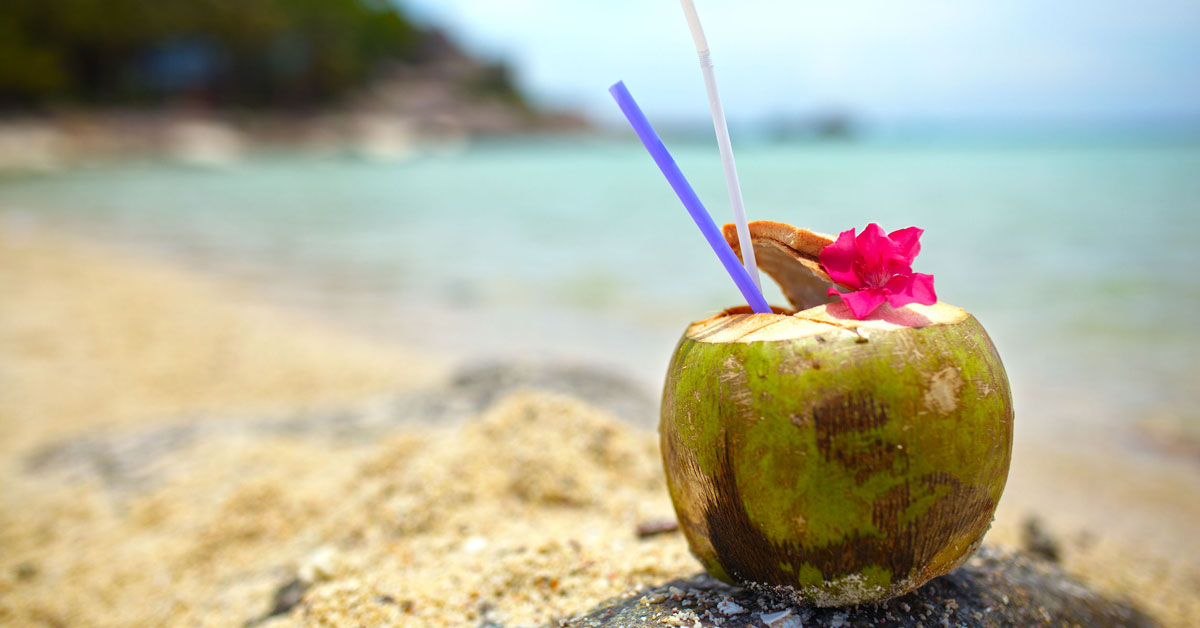 Just like its oil, coconut water has many health benefits including electrolyte replenishment and weight loss. This ‘nut’ is packed with anti-aging properties and has the right number of calories to keep you going.

The water inside green coconuts is a hydrating super liquid. One cup of has around ten times less calories compared to that of coconut milk. It has fewer calories, less sodium, and more potassium than a sports drink. Ounce per ounce, most unflavored coconut water contains 5.45 calories, 1.3 grams sugar, 61 milligrams (mg) of potassium, and 5.45 mg of sodium compared to Gatorade, which has 6.25 calories, 1.75 grams of sugar, 3.75 mg of potassium, and 13.75 mg of sodium.

Coconut water was actually given to soldiers during the World War when saline was not obtainable. The water contains no fat and consists mostly of natural sugars and minerals. It is very rich in magnesium and potassium, as well as being very high in fibre. Pure coconut water is just as effective as a carbohydrate-electrolyte sport drink at rehydrating exercise-trained men after a 60-minute bout of dehydrating exercise, according to findings published in the Journal of the International Society of Sports Nutrition.

Coconut water has garnered a lot of consumer interest over the last two years or so. A 2010 report by New Nutrition Business hailed coconut water as “the fast-growing new category” in sports beverages with retail sales already above $450m worldwide.
What makes coconut water interesting for brand owners is that it offers many of the same isotonic benefits as formulated sports drinks but in an all-natural form. No additions are necessary, not even a sweetener.

Coconut water is composed of many naturally occurring bioactive enzymes such as acid phosphatase, catalase, dehydrogenase, diastase, peroxidase, RNA-polymerases etc. In effect, these enzymes help in the digestion and metabolism.

Its water is also a very good source of B-complex vitamins such as riboflavin, niacin, thiamin, pyridoxine, and folates. These vitamins are essential in the sense that the human body requires them from external sources to replenish.

Why it should be part of your Weight Loss diet:

It is so hydrating because of the electrolyte composition, which is very similar to human plasma. Staying hydrated will help you feel full for longer, which in turn will reduce hunger and sugar cravings. This will effectively lead to you eating less, which means your total calorie consumption will go down. Drinking coconut water also flushes out toxins which will help you lose weight faster and also reduce thosecravings and hunger pangs.

Overall coconut water is  nutritious and relatively low-calorie way to add potassium to your diet and keep you well-hydrated.