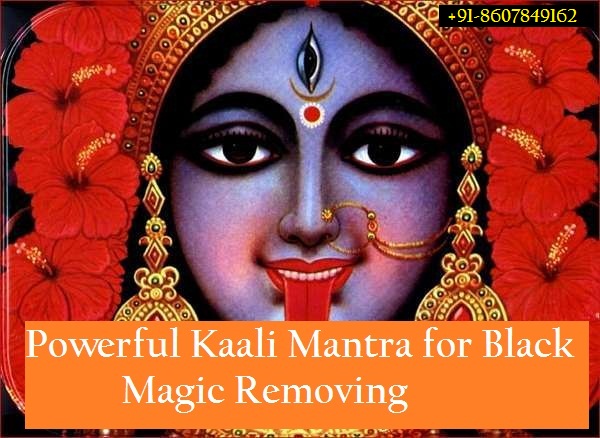 She is the goddess of black magic, of poisons. She rules over the subtle perception which make us feel at a distance the death or misery of those we know. She incites men to torture one another. She revels in suffering –Hindu Polytheism, Alain Danielou

This is the first publication, in English, of The Hymn of Bagalamukhi. In the colophon of the work it is stated that it is from the Rudra Yamala, a large and authoritative Tantra considered to be of considerable antiquity, although the original seems to have disappeared.

Bagala or Bagalamukhi is the eighth Mahavidya in the famous series of the 10 Mahavidyas Kali, Tara, Shodashi, Bhuvaneshvari, Chinnamasta, Bhairavi, Dhumavati, Bagala, Matangi and Kamala. she is identified with the second night of courage, according to Alain Danielou in his Hindu Polytheism, and is the power or Shakti of cruelty.

Bagalamukhi means “The Crane-Headed One”. This bird is thought of as the essence of deceit. As can be seen from the hymn, she rules magic for the suppression of an enemy’s gossip. These enemies also have an inner meaning, and the peg she puts through the tongue may be construed as a peg or paralysis of our own prattling talk. She rules deceit which is at the heart of most speech. She can in this sense be considered as a terrible or Bhairavi form of Matrika Devi, the mother of all speech.

If, as suggested by the colophon, this forms a part of the Rudra Yamala, it is evidently one of the sections which have been lost. A huge amount of tantrik material has disappeared forever, and the process is continuing. Some works are only known through their being quoted in other, later tantras.

Om. Of this Hymn of Shri Bagala Mukhi, Bhagavan Narada is the rishi. The aspect of divinity is Bagalamukhi. The destruction by paralysis of one’s enemies’ speech, mouth, legs, mind, and the grace of Shri Bagalamukhi in the success of this aim is fruit of the mantra’s application.

Om Hrim obeisance to the thumbs. Om Bagalamukhi to the index fingers Svaha. Of all the bad to the middle fingers Vashat. Om speech, mouth, feet, paralyse to the ring fingers Hum. Om peg! peg! the the tongue! to the little fingers Vaushat. Destroy the mind! Hlim Om Svaha to the·front and the back of the hands Phat. Thus also in the heart and so forth.

Now the meditation: Seated on a gold throne, with three eyes, wearing yellow, blissful, with limbs as bright as pure gold, wearing a garland of champaka flowers, with the moon as her diadem, with her hands holding a hammer, and a noose which binds the enemy; her limbs arrayed with jewels, in this way I meditate on Bagalamukhi, the All-Paralyser of the Three Worlds.

Now the Mantra: Om Hvlim Bagalamukhi Paralyse the Speech, Mouth and Feet of all enemies: Nail down, Nail down the tongue. Destroy the mind. Hvlim Om Svaha.

Om. I worship Devi surrounded by yellow, wearing yellow clothes, jewel and unguent and ornaments, seated on the lion throne on a dais within a ruby pavilion in the centre of the wine ocean, Who bears a hammer and binds the tongue of the enemy. The Devi who has seized the tongue and so forth of the enenies with her left hand, and who with her right hand hammers them, with yellow garments and with two arms — her I worship.

Om. Wearing glittering gold earrings, merged in bliss, with a beautiful face and lovely breasts; radiant as bright gold, her face effulgent as the full moon. I meditate on Bagalamukhi, who with her hammer has killed my adversary, his unsteady rolling tongue having been pegged; the all pervading paralyser of speech and mind; who is seated on the corpses and skulls of one’s fallen enemies,(their remains forming the base) for her lion throne in the pavilion in the centre of a beautiful blossoming red lotus in the midst of the nectar-milk ocean. She bears a hammer, is as radiant as gold, causing woe to the places of the enemy.

Whosoever meditates thus causes instant death to all humans (who are enemies. )

Whosoever wishes to subdue by the bija (mantra) should do the pitha meditation (i.e. on the red lotus). Remembering that. his enemy’s mouth, speech and heart are paralysed, he causes this instantly.

Hail to you every day O Proclaimer, Speechless One, Beggar, Ruler of Earth, Cosmos and Men, Cool One, Cruel’ One, Reconciling One, Wicked One, True Mother, Giving Success Quickly, Lame One, Proud One, Crippled One, All-Exterminator, Dull One, having-the’ Yantra of all Yantras, O Shri Eternal Bagalamukhi, O Beautiful One:

Whosoever, knowing her mantra, should recite this hymn which crushes enemies in front of her yantra becomes the conqueror of the three worlds and renowned.

Hail to Mother Shri Bagala Lalita, Who is the Seizer of the Speech of the multitude of named people, the Paralyser of the Tongues of the Eloquent, the Appeaser of Terrifying Obstacles, Paralyser of the Evil, Dispeller of Poverty, Calmer of Cruel Kings, Pacifier-of the Mind trembling with anxiety like the deer, Attractor of Good Fortune, Merciful, Pure, Nectar-Like, Who causes cessation of Death and Murder, O Beauteous Mother.’

Mother, shatter my enemies’ speech and their (wagging of) tongues. Peg their wet mouths! Destroy them entirely.! Paralyse all terrible things in the three worlds! Grind them to powder O Devi! Furiously beat them O Bagala, Golden limbed One, clothed in yellow, destroy the mind and lives of the mass of obstacles with one glance of your merciful large eyes:

O Mother-Bhairavi, Bhadra-Kali, Vijaya, Varahi, Vishva, Shraya, Shri Vidya, Maheshi, Bagala, Kameshi, Ram, Matangi, Tripura, Above All, Guardian of Heaven, Giver of Things, I am Your servant seeking refuge in You, Lady of the Cosmos! Protect me in war and in battle.

Whosoever reads this auspicious text (whether) in the thick of war, in assemblies of thieves, in conflicts, in jail, on water, in magical attack, in litigation, in facing a king’s wrath, at the time of an ordeal, at night, in fetters or in paralysis, in the slaughter of battle amongst enemies, in a desert, or in a forest, or at any time, becomes steady. Whosoever reads this pure hymn having offered to the yantra and who wears it on the right wrist or round the neck is protected in war.

Kings, floods, elephants blind with rutting rage, serpents, lions, and the hosts of enemies are confused, and one becomes wealthy, steady and accomplished. You are the supreme vidya, the Mother of the Three Worlds, Splitter of the Host of Obstacles, the Cause of Attracting Young Maidens, Augmenter of Bliss in the Three Worlds, Uprooter of the Wicked, Deluder of the Minds of People, the Bhairavi Who’ pegs the tongue, Conqueror of all Mantra, Cause of Accomplishment in Knowledge, Wealth, all Good Fortune, Long Life, Sons, Daughters, Sovereignty Giver of Inner Happiness, giving Freedom from Fever, Cheerfulness, Victory on Earth. Obeisance and Obeisance to You.’

Having done this act of recitation, O Parameshvari, I am the seizer and punisher of the wicked. This Sacred and Reliable Hymn is renowned throughout the Three Worlds.

One should never give this to those who are not devoted to the guru. One should meditate on she who has two arms, wears yellow garments, with three eyes, a body of effulgence, holding in her hands chisel and hammer, the Bagalamukhi.