Om and Salutations to that feminine energy which protects from all manner of negative influences.”

This mantra invokes her name and her compassion to protect us against all manner of harm.

Goddess Durga is one of the most popular Goddess in Hindu religion. She is a multi-dimensional Goddess, with many personas,  many names and many facets and through all her forms, She is the embodiment of sacrifice, purity, knowledge, salvation, truth and self-realization. The Goddess is the warrior aspect of the Divine Mother/Brahman. She wields the weapons of the gods, is the slayer of demons, and the invincible force.

The Divine Mother is beyond all material attributes, ever omniscient and eternal. The Goddess is beyond any change, immutable and unattainable but by sincere spiritual practice. She is the refuge of the creation and her nature is of pure consciousness.

In Sanskrit „Durga” means as the one who is unbeatable and can not be defeated hence unconquerable.  The word also signifies „Durgatinashini,” which translates in English as „the one who eliminates sufferings.” A more elaborate meaning of the word „Durga” is ‘du’-‘r’-‘ga’ or the destroyer of all diseases and evils.

Similar with Lord Shiva, the Goddess is also referred to as „Triyambake”, which signifies the three eyed Goddess. The right eye symbolizes action or the sun, the left eye symbolizes desire or the moon, and the central eye symbolizes knowledge or fire.

There are numerous aspects of the Goddess described in the Agamas and Puranas and the iconography is consequently very varied. She is depicted as having 8 or 10 hands. These signifies 8 quadrants or 10 directions in Hinduism. Hence, this suggests that the Goddess protects the followers from all directions. She is most often shown riding a lion from which comes Her august name, Simhavahini, „She who stands astride the king of beasts”.

She is magnificently dressed in royal red cloth and has various ornaments decorating Her personage. The red color represents action and the red clothes illustrates that She is always busy destroying evil and protecting mankind from suffering and pain caused by evil forces.

Her hair is dressed up in a crown (karandamukuta) which then flows out in long luxuriant tresses that are darkly luminous and soothing to the eye. The different tools reflects the eminent supremacy that helps in controlling the universe and obey Her will.

The conch shell in Goddess Durga’s hand symbolizes the mystic word ‘Om’ or the „Pranava”, which indicates her holding on to God in the form of sound.

Arrow and bow in her second left lower hand represents character like Rama.  When we face problems in our life we should not lose our values.

The thunderbolt represents firmness. The follower of the Goddess must be firm like thunderbolt in one’s convictions. Like the thunderbolt that can break anything against which it strikes, without being distressed itself, the sincere follower needs to attack a challenge without losing his confidence.

Lotus flower in Her hand represents detachment. We must live in the world without attachment to the external world. Just like the lotus flower stays in dirty water yet smiles and gives its beauty to others. This is the only way to receive the Goddess blessings.

The „Sudarshan-Chakra” or beautiful discus, which spins around the index finger of the Divine Mother, while not touching it, signifies that the entire world is subservient to the will of the Goddess and is at her command. The Divine Mother uses this unfailing weapon to destroy evil and produce an environment conducive to the growth of goodness.

The sword that the Goddess holds in one of her hands represents knowledge, which has the sharpness of a sword. Knowledge which is free from all doubts, is represented by the shine of the sword. The „trishul” or trident is a symbol of 3 qualities – Rajas (activity), Satwa (inactivity) and Tamas (non-activity) – and the Divine Mother is remover of all the 3 kinds of miseries – mental, physical and spiritual.

She is worshiped in different forms. She is a form of „Shakti”. The evolution of Shri Maha Saraswati, Shri Maha Laxmi and Shri Mahakali (the 3 main forms of „Shakti”) took place from Shri Brahma, Shri Vishnu and Shri Mahesh respectively.

Each of these 3 deities gave rise to 3 more forms and hence in all, these 9 forms together are known as Nav-Durga.

She in some cases compared with Mahadevi, the Supreme Goddess. Her triumph as Mahishasura Mardini, Slayer of the buffalo Demon is a central episode of the in some cases compared Devi Mahatmya. In the image of the Goddess cutting off the head of the buffalo-demon, the Goddess is commonly shown with 8 or 10 arms, and the hands hold weapons and a lotus. Mahishasura Mardini, the demon, may be shown half emerging in his human form from the carcass of his former buffalo form.

The Goddess is considered infinitely fierce to her enemies and infinitely loving to her devotees. She is a compassionate Goddess who relieves all the sufferings and troubles of her devotees, no matter how profound their miseries are. Moreover, Divine Mother, protects humanity from misery and evil by destroying evil forces such as jealousy, selfishness, hatred, prejudice, ego and anger.

What is required is humility and acknowledgement of one’s blindness and incompetence, and honest invocation of the Mother’s Grace. The Goddess is the ultimate representation of infinite purity, power, and strength of purpose, which resides within the divine essence of every human being.

The Goddess is said to have the combined powers of Lakshmi, Saraswati and Kali. This mantra is often used for protection against internal or external negative forces. Also, chanting Durga mantra removes the effect of all types of black magic, unfavorable effect of negative planets, bad luck or health problems.

It is considered that by chanting this healing mantra daily, the Universal Mother would eliminate all the mental, physical and economic problems in our life.

There are several mantras for Goddess Durga but the this mantra is the most simple and easy mantra to remember. Some other Maa Durga mantras are:

Durga Puja is a festival during which Goddess Durga is adored and worshiped. This festival is very well-known in the States of West Bengal, Bihar, Orissa, and Nepal, although the victory of the Goddess over the demon Mahisasura is also important in other states of India as well. During this festival Goddess Durga is worshiped as the mother of Saraswati, Lakshmi, Kartikeya and Ganesha.

Mantra for Protection From Black Magic 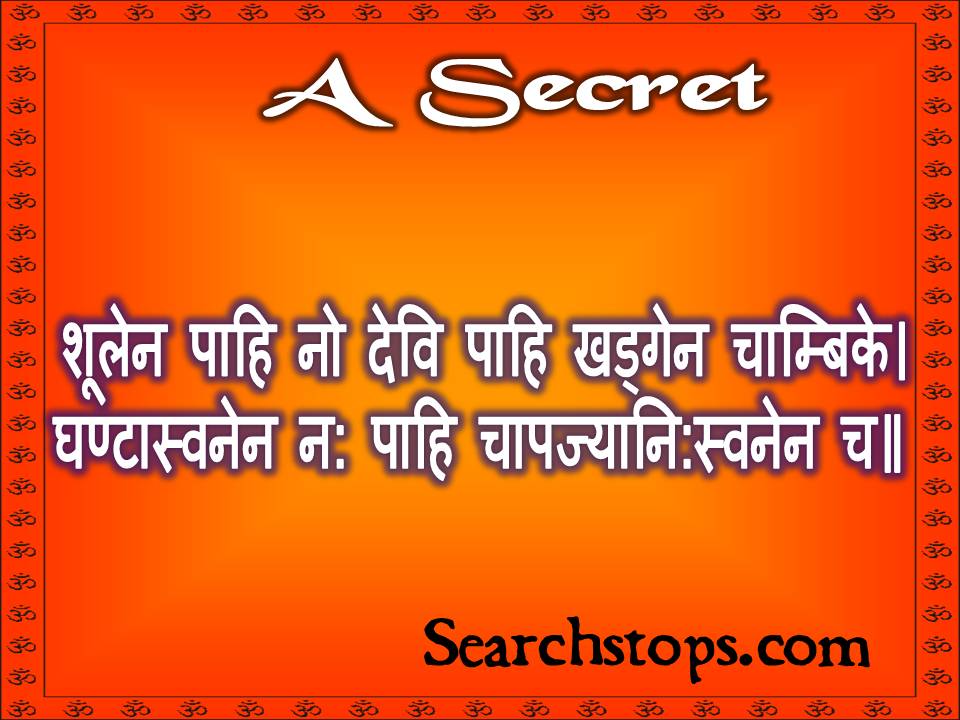 Mantra for Protection From Black Magic 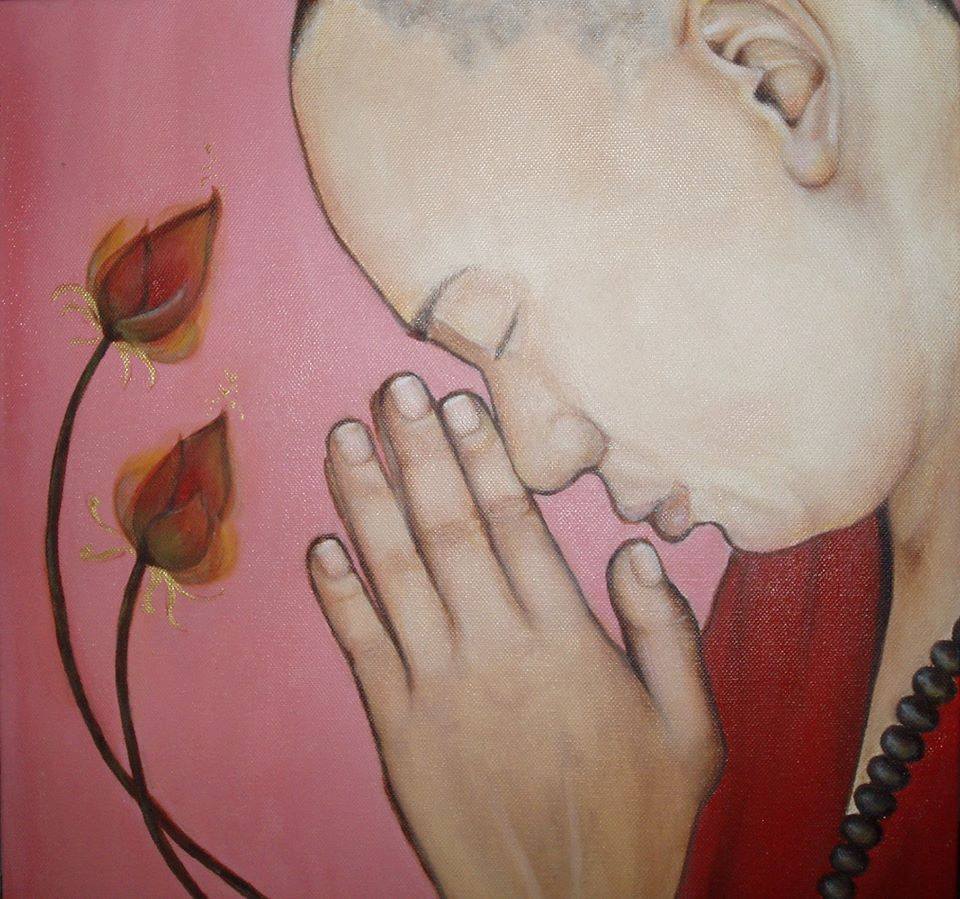 Vashikaran is An Occult science of attraction,By which you can attract your Mate,Girlfriend , Wife , Husband Anything that is Living ! from ages its practised in india and all over the world ! Its A Science for Welfare of Mankind. And i want to regenerate its roots, Its As Simple as Singing a Song and your Mate will love you for this ! Please Don’t Use These Powers in Wrong Way if you done so then these powers may harm you !

Spells, every one is aware of spells, as there are many different types of spells, spells for love, spells for money, spells for goodluck and so on. Remember this is a very big work and again if you are not aware with proper spells, then they may even go against you and destroy you so it is a warning that unless you are aware and perfect in the arts of performing spells please don’t try it as it can be harmful and reverse on you and in some times what ever you are trying to do on others, may come on you also so it is better that first you may take proper guidance and then go for it, also use this power only for positive purpose and not for negative work, as these things are meant only for success and not for destruction and you should not forget it.

What will you Do if your Husband Want Divorce ??

What will you do if your Girlfriend Don’t Love you ??

What if your Husband Having Lots Of affairs ??

What will you do if your wife cheating you ??

How to Get Your DreamGirl In Reality ??

I Got The Answer :: VASHIKARAN SHAKTI ::

How to Perform – Material Required

On Wednesday or Thursday Morning After Bath Go to Nearest Forest, or Mountains Top. Place Your Red Bedsheet on A Clean And Calm Place Now Sit Down And Keep Your Face To The Direction Where Sun Rises. And Make A Tilak on your Forehead and after That Place There Your Shree Ganesh Photo or Murti And Make A Tika (A red Spot ) On Shree Ganesh Murti Or Photo . Now Lite 7 Incense Sticks and seven candles or diya . After That Take Niddle In your Hand And Make a round Circle Around You With A Sound Of Raam Ram keep Chanting And Move Your Niddle In Round Direction and when it Finish place your niddle at the two ends where the circle meets . Now Devote Some Red Flowers to Shree Ganesh Or Your fav Lord And Ask Them To Give You Success In Your Work !

Chant This Mantra 108 times
OM VAD VAD (AMUK) AKARSHYA AKARSHYE SWAHA
Replace Amuk With The First Name Of your Lover . and Chant it 108 times Daily At Same Place Same time For 41 days If He/She Come to You InBetween These 41 Days Then Don’t Left Your Sadhana incomplete ! Complete It and The He/She Wil Be With You for Life Time !

It May Be A Source Of Danger

Above Mention Vidhi Is Meant For Everyone But Anil Kumar turkiya is not Responsible for anykind of mishap. Perform This Vidhi At Your Own Risk!

Contact Me For Getting back Your Love In Just 21 Days !

You Can Reach To Me By Clicking Here