Lakshmi is the Hindu Goddess who governs all form of wealth and success and the paths, means and results of all forms of prosperity. As the Consort of Lord Vishnu, who is the god of preservation, Lakshmi Devi is the goddess of health and beauty. Sri Lakshmi embodies sublime beauty, siddhi, peace, strength, balance, auspiciousness, opulence and wisdom. 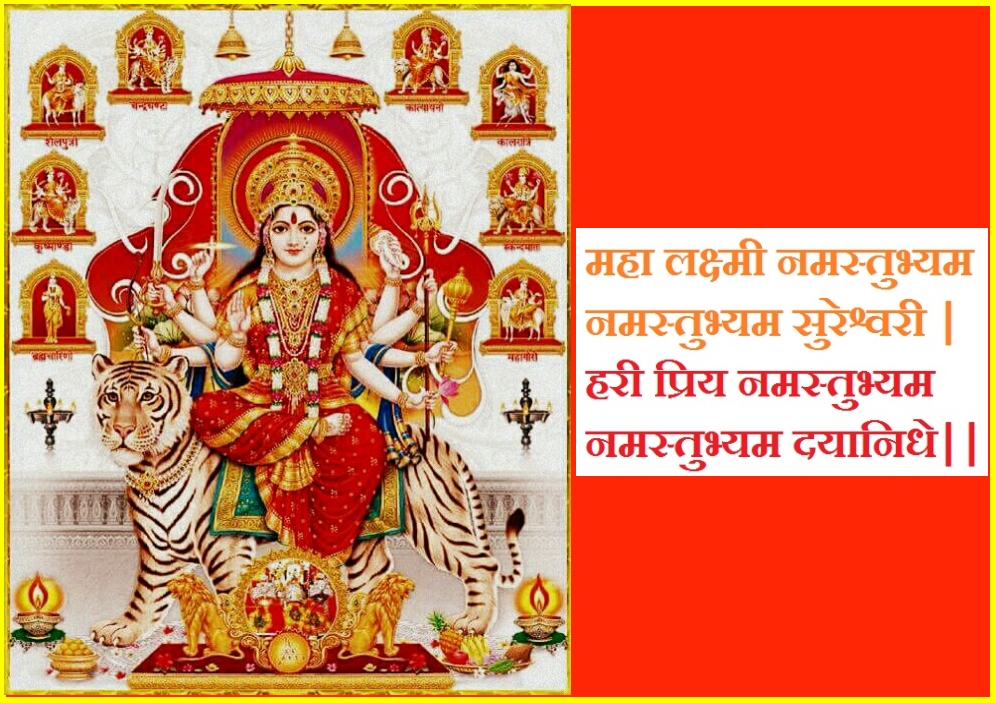 Lakshmi’s Incarnation into being
The story of Lakshmi’s birth begins when the Devas (minor gods) were in a race against the Asuras (demons) to obtain amrit (the nectar of immorality). The Devas consulted Vishnu who was on earth as Kurma, a tortoise. They decided they would churn the oceans for the amrit. They created to churn by the threading the serpent Vasuki around Mount Mandara. Kurma dived to the ocean floor and balanced Mount Mandara on his back.

In the grip of Kurma’s cosmic clutch, the mountain could not sink into the ocean bed. The gods churned and received the Nectar of Immortality from Lakshmi Devi and then fourteen treasures came to their hands. Lakshmi Chose Vishnu as Her Consort. Vishnu carried Lakshmi from the ocean into His heaven. Each time Vishnu descends on earth as an avatar. He is accompanied by an avatar of Lakshmi.

Meaning of Lakshmi
As a female counterpart of Lord Vishnu, Mata Lakshmi is also called “Shri”, the female of the Supreme Being. Goddess Lakshmi means “Good Luck” to Hindus. The word “Lakshmi” is derived from the Sanskrit word “Laksya”, meaning ‘aim’ or ‘goal’, and she is the goddess of wealth and prosperity, both material and spiritual. Also ‘lakh’ which means “one hundred thousand’ as a monetary unit in India, is the first part of Lakshmi’s name, symbolizing her blessings that pour forth abundantly.